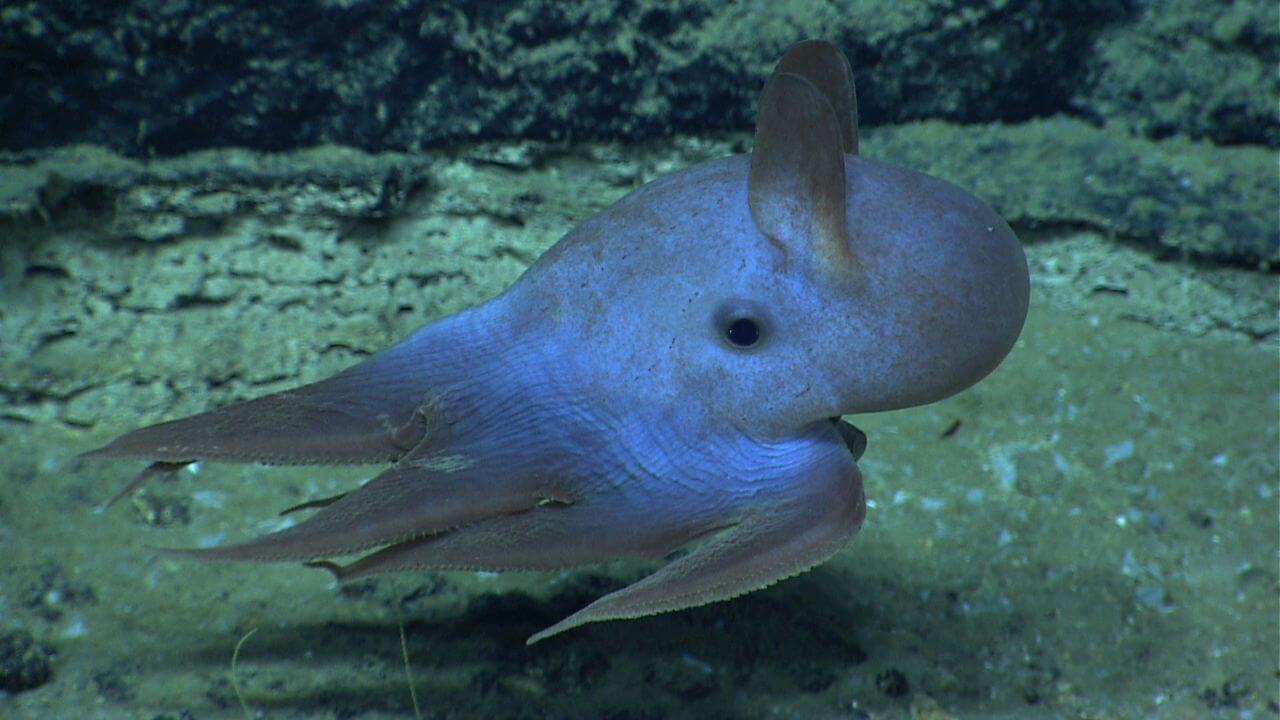 Sometimes if you stare long enough at your pets or watch them go about their day for long periods of time, they almost seem strange and alien, don’t they? But you get strange as in peculiar and then you get strange as in weird, deranged and oddball for days. Here are some of the weirdest animals found across the world and yes, yes in this often-fickle world; these animals are strange mostly because of their looks.

This cutie can be found in the chilly waters close to Antarctica and can range between 0.5 to 15 centimetres. This crab is only the third identified type of Yeti Crab; they are a set of shaggy-armed creatures that were first discovered in the South Pacific (in 2005).

Say what? The Pink Fairy Armadillo happens to be the smallest (and for some biased people, the cutest) of the armadillo species. This cute little furry is a nocturnal creature that enjoys insects and plants and is found across the sandy plains, dunes and grasslands of Argentina.

Unfortunately, this pinky is on the threatened species list.

Glaucus Atlanticus (aka. the Blue Dragon) is native to the Indian and Pacific Oceans. The Blue Dragon is usually no more than a few inches and floats on its “back” to camouflage with the ocean water. Don’t let the size of this “dragon” fool you – it can feed on “man of wars” (and even has the ability to sting just like one).

The adorable Slow Loris is a nocturnal creature native to Southeast Asia, but don’t be fooled those teeth are venomous. The toxins can be transferred to offspring through grooming (protecting them from predators). Slow Lorises are largely solitary (although there are always some exceptions to the rules), and this helps them to move silently through their habitat to avoid discovery.

Now, doesn’t that smile look familiar? You don’t have to have nightmares though because the Pacu Fish mostly eats seeds and nuts – even if they are related to the piranha. In addition, this fish is found in South America – so if you stay home, no potential bites for you.

What an exquisite bird! This vulture inhabits southern Europe, the Indian subcontinent and Tibet. Unlike other vultures that typically only eat carrion (yip dead things), Bearded Vultures have been known to hunt.

Lampreys are jawless, fishlike vertebrates occurring in coastal and fresh waters, with moderate temperatures (but fortunately not Africa – yay). These snake-like animals can be between 15 to 100 centimetres in length. The body of the Lamprey is made of cartilage and ends around a sucking mouth with spiky teeth.

Found in the Himalayas and southwestern parts of China, the Red Panda is about the size of a domestic cat. They feed on bamboo, eggs, insects and other small mammals. These cuties largely nap during the day and hunt etc. at night.

Well, don’t judge a fish by its face! The Blobfish calls the deep waters of Aus, Tasmania and New Zealand home. Blobby hunts by blobbing about and waiting for its food swim into its mouth – saving time, saving energy.

If you go across to the waters of Greenland, Canada and Russia, you will be entering the home of the Narwhals. Narwhals are a species of whale who can live for up to 50 years but sadly often die because they get trapped under ice. Narwhals feed on cod and flatfish during different times of the year.

The Dumbo Octopus, so named because of its “ears” that helps it swim, lives about 7000 metres under the ocean’s surface and grows to about 20 centimetres. This little guy swallows his food whole (yikes!).

Olm is a blind salamander that has super hearing and smell and found in limestone caves of Southern Europe. After seeing this salamander, many fishermen started believing that sea monsters are real – move over Percy Jackson.

Take one guess where this crab originates from? Yip – Japan, where the crab is considered a delicacy (a tad morbid). Fortunately, these crabbies aren’t easy to catch (take that fisherman). The Japanese Spider Crab can grow to 3.6 metres from one claw to the other.

Darwin Bark Spiders are actually a recent “discovery” by scientists (2009). Up until 2009, only local Madagascar rangers and tour guides knew about them. This amazing arachnid’s silk is the strongest recorded by scientists to date. And unlike other spiders – string their web across rivers and not along the side of rivers. Who knows how they cross (Spiderman?)…

The mongoose-like Fossa is a carnivore found in forest areas of Madagascar. Fossas can be up to 1.8 metres in length (nose to tail), have retractable claws (unlike mongooses and more like cats)  and hunt pretty much anything; unfortunately, 50 percent of their diet is generally cutesy lemurs.

Aye-ayes are omnivores who live exclusively in Madagascar (like so many of the weird creatures in this blog). So, what type of animal is this? These rare creatures are primates and related chimpanzees and apes. Aye-ayes are unfortunately endangered.

Naked Mole Rats are herbivores known for their hairless, tubular bodies. Several dozen rats live in community with one matriarch who is the leader. To ensure nothing compromises these sausage-looking-rodent genes (imagine!), only the queen can breed and have babies. Did you know that these little guys can survive 18 minutes without oxygen? I don’t want to know how scientists discovered this.

Babirusas – meaning “pig-deer” due to their wild-looking tusks that could almost seem like antlers – are in fact pigs with distinctive canines that can grow back into their snouts and sometimes into their heads (if they don’t break off during fights etc). Babirusas are mainly found in the Indonesian Islands and can range between 0.9 and 1.1 metres in length.

A wolf? A fox? Actually, the Maned Wolf is more closely related to the dog family. The Maned Wolf’s diet is about 50 percent plants and 50 percent meat. They generally hunt alone and found in the grasslands of south, central-west, and the south-eastern areas of Brazil.

Well – you can’t un-see that. So, let’s start with the most subtle feature shall we – their noses are hairless, and encircled with 22-pink fleshy tentacles; quite the unique ‘star’. These moles are about 17.5 to 20.5 centimetres in length and are found originally in eastern parts of North America.

Jerboas are jumping rodents native to Asia and Northern Africa and are desert dwellers (hot and cold deserts including the Sahara and Gobi Desert). Jerboas are perfectly adapted for the harsh environment they find themselves in; they have excellent hearing and sense of smell and eat mostly plants and some instincts. The plants are where the Jerboa gets most of its water and some of these creatures never actually drink water during their two to three-year-long life.

Oh, wonderful – something from Africa. Yes, the Okapi is an animal found mostly in the Democratic Republic of Congo. Okapis are herbivores and thrive on leaves, grasses and other yummy plants. So, on the first guess, you may think Okapis are relatives of the zebra (it’s the stripes neh?); but they are more closely related to giraffes. Ever heard of the phrase lone wolf? Well, now you can say lone Okapis because these creatures prefer living a solitary life (when not breeding).

What a huge bunny! Angora Rabbits originated in Turkey, but they have since spread to the rest of Europe and the world. It is the fluffiest of all breeds of rabbits (domestic and wild) and is bred for its “wool”, which it sheds every three or so months.

Weirded out? Fascinated? Disgusted? Drop your comments below and share on Social Media.

3 thoughts on “23 Weirdest Animals in the World”