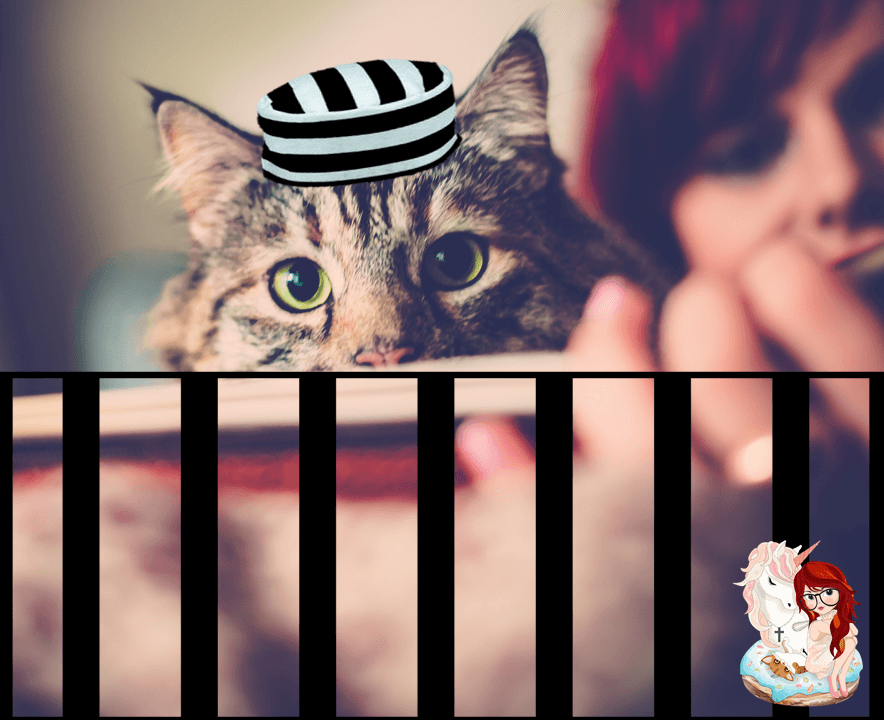 Cat fencing was a solution for us. We wanted our cats to experience the outdoors but also wanted them to be safe. We were tired of losing kitties and having our hearts broken.

So here is the meow-low – before Cheeky, Munchkin, Lully and Nunu’s time in the household, our cats roamed the rough and tumble streets of Pretoria. But after losing Bella to FIV and Cat Leukaemia – something she got from other cats attacking and biting her; Muskiet (Skietie) from a type of brain tumour thingy, and having to take Kuhie to the emergency room to stitch up cuts from fights, spikes and heaven knows what else (ten times) – we decided to look for an alternative lifestyle for our kitties.

It was during an episode of Cats From Hell that we were introduced to the idea – by the presenter Jackson Galaxy – of cat fencing. Basically, there is an attachment made to your wall or fence that stops your Mr or Ms whiskers from getting out of your yard. This way you can let your kitties play outside safely without the common dangers roaming cats face. There are many different types of cat fences. We took a design that we saw on the show and based our fences on that. It’s a basic design and a handyman installed it for us. 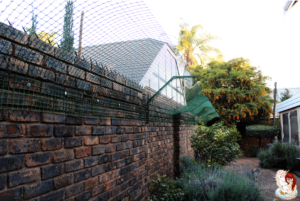 Click Here To View More Photos of the Cat Fencing …

Some have criticised us for keeping our cats boxed into our yard aka. keeping them in Kitty Meow-Catraz,  and say it is cruel. Our answer – having your cat ridden over by a car, hunted and viciously killed by a dog, shot at with dart/pellet and even real gun, being inadvertently locked in a neighbour’s shed and slowly starving to death or being stolen off the street as “bait” in dog fighting – seems crueller. And ALL of these are scenarios that unfortunately happen frequently – just look on the Facebook Groups for lost animals or shelters, or other online forums etc. or ask NSPCA who fight against animal cruelty daily.

We weighed up the pros and cons and decided it just isn’t worth it.

HOW IT WORKS AND SOME MORE CONTEXT:

So, we decided to get cat fencing; keeping all external windows to the great outdoors closed and keeping Munchkin, Cheeky and eventually Lulubelle indoors, in the outdoors. We opened the window for Kuhie initially to the great outdoors because we thought he is used to going outside – we just kept him inside at night, when most of the cat fighting and mischief occurred. 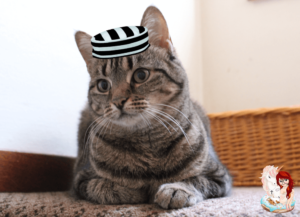 But then everything changed when Kuhie went missing. We let Kuhie out one night, against our better judgement (after all he was used to staying indoors at night). And he just didn’t come back. We created posters, alerted our area’s community WhatsApp forum, contacted SPCA, all the shelters in Pretoria, posted on all the Facebook groups for missing cats and pets (Pretoria, Gauteng and South Africa). And went walking around calling for Kuhie. We left the litter box outdoors – a tip which apparently helps lost kitties find their way home. And like any owner that has a missing pet – we sat with broken hearts hoping for the best; thinking of the worst.

One night after Kuhie had disappeared it was 2 am, and I was lying in my bed crying, praying, hoping that Kuhie wasn’t suffering and slowly perishing. I have the screens for the cameras surrounding our house, in my room. While I was crying I saw a small black speck move at the corner of the screen, of one of the cameras. I thought great – now I am seeing things. But I thought – I am awake anyway… let me check. So, I switched off the alarm and opened the front and called once more … after what felt like five minutes; just as I was about to close the door, Kuhie appeared like a spectre in the night. I opened the door and gate and sobbed as I kissed and held him close. I thought I’d never see him again. He feebly wiggled loose and ran to the food bowls and ate and ate and ate and ate; he then went to the kitty water fountain and drank and drank and drank and then solidly passed out. We now-and-then checked that he was breathing.

We decided to phone the vet to take him for a check-up – he was super skinny, his coat dull, and he had a sore on his lip. Besides his poor condition, he was fine, and the vet noticed he had broken his canine. The injury to his mouth she said, she commonly saw in cats that had been shocked by something – like an electric fence. He received a booster injection and an anti-something (for his tooth and mouth etc).

But after this trauma we thought – we are keeping Kuhie inside-outside as well – no more great outdoors for him. We knew it wouldn’t be easy and in fact, he meowed a lot at the window. But we gave him a lot of attention when he became agitated, fed him, brushed him and somewhere along the line, he just accepted the indoors and is thriving – despite Lulubelle’s best efforts to suppress and oppress him. 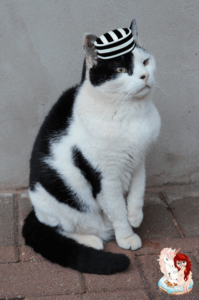 The point is, yes, our kitties may find themselves in Kitty Meow-Catraz, but we make it interesting for them – two big jungle gyms (big scratch poles with ropes and suspended toys), several little scratch poles, many areas to climb, lots of catnip toys, plants, trees, several food stations and of course lots of love and attention. So, Kitty Meow-Catraz is basically Kitty Utopia. 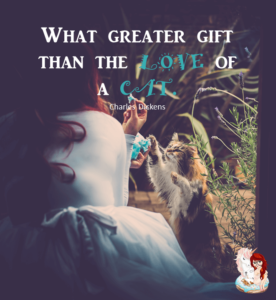 8 thoughts on “CAT FENCING – OUR MEOW-CATRAZ”