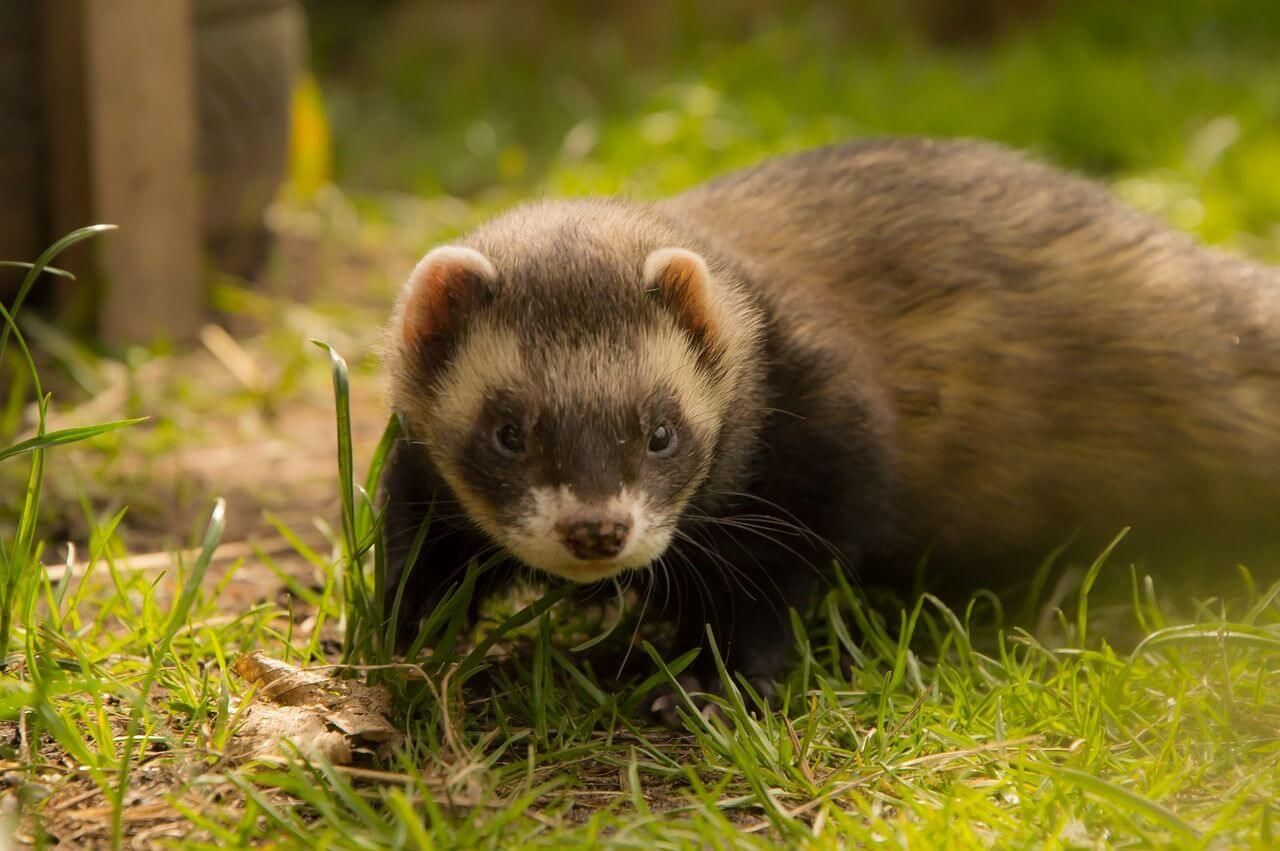 To be super and for-realsies honest, I am more of a cat, dog, horse type of pet momma… even a rabbit is as exotic as fois gras to me. But just because I am a traditional, meat-and-three-veg type of fur-mom, doesn’t mean that a whole range of pet parents who are ridiculously committed to their lovely exotic pets should be shunned. No! All creatures are celebrated here. And so, for the sake of all types of pet parents, here are some interesting facts about exotic pets.

Snakes and lizards (like Voldemort) don’t really have noses as we do. So, they smell with their tongues, picking up scent particles in their environment. The scent picked up from the atmosphere goes to the snake’s or lizard’s brain and once interpreted they will know more about how to react to an item or situation.

Did you know that Chinchillas live between ten and twenty years and mostly eat leaves, bark, seeds, grass and hay? Or that when they are scared, they will shed clumps of hair? Chinchillas can also sleep upside down; and when living in the wild, live in colonies of 100 plus fluffies; they also have the same hearing as humans, and are nocturnal creatures (so keep their owners happy at night)! Some more amazing facts about these critters that originate in South America are that they can jump over six feet, and on average are 25 cm to 35 cm in size; they also weigh in at about 400g – 600g and commonly occur in black, grey, beige and white. Boom! You have just been Chinchilla-ed…

Quite interestingly, Bearded Dragons’ backs darken at night to retain heat and during the day lighten to cool them. And if you are seeing them lying on top of each other – it’s not them being cute – it’s a sign of dominance because these “dragons” require UV light to survive – so the higher the Bearded Dragon is on the pile of buddies, the more UV exposure they have access to.

And what’s even cooler is that they have a spot on the back of their head known as a “third eye”. This “eye” has a simple lens and retina and allows the Bearded Dragon to sense predators because it (the “eye”) picks up a change in light.

Did you know that a bird must eat more than half of its weight in food every day? So, the saying that a person eats like a bird is pretty inaccurate! A few other interesting bird facts include:

# A bird’s resting heartbeat is around 400 beats per minute;

# They have a “sack” in their neck that stores food before digestion occurs and this is known as their “crop”;

# Large birds such as beautiful macaws can live up to 80 years (some even longer) – so there may be a big chance that your feathered friend can outlive you!

# Mostly, birds (with some exceptions – as always, the case), only have a left ovary and fallopian tube. Although the right ovary and tube are present in an embryo, it disappears by hatch time. So, when a bird is spayed, all you need to do is snip the left fallopian tube. To the left, to the left…

Did you know guinea pigs don’t produce their own Vitamin C? And without enough Vit C their bodies can’t produce collagen and proteins; this then leads to the guinea pigs losing their teeth, their gums bleed and their blood vessels just don’t work. Feeding guinea pigs Vit-C-rich foods may also not be enough; so, the simple solution is an oral Vit C tablet a day to keep the vet bills away.

Did you know that a rat cannot vomit? And that bunnies can only breathe throw their noses?

If rabbits do breathe through their mouths, it means their nasal passages are obstructed by something like mucus, inflammation or other substances. If you see a rabbit with an open mouth – take the bunny to the vet immediately.

Cat owners you will have most probably (and very unfortunately) witnessed the following fact… Many lizards lose and regrow their tails as a defence strategy. If threatened by a predator (like a kitty-cat or your colleague in the work bathroom), a lizard’s tail will break off and continue to wiggle for a couple of minutes to distract the threat and then little lizard can hightail it out of there.

Once the tail regrows (after a few months), it can grow back in a different texture or shade to the original tail. But it’s just never the same…

Here is a handy tip! Did you know that if you need a ferret to open his/her mouth, all you need to do is pick them up by their scruff (or back of their neck)? This is a reflex which is a handy tip for owners that need to clear an obstruction from a ferret’s throat or a vet needing to check a ferret’s teeth or mouth.

Did you know a tarantula bite is not fatal; in fact, their venom is less potent than a bee’s? Some more interesting facts include:

# That tarantulas live underground in nature;

# The females sometimes eat their males (extreme feminism), and they, like snakes, intermittently shed their external “skins”.

# Tarantulas eat insects, frogs, toads and mice and can live up 30 years!

The goldfish – as exotic as it gets! Did you know that a well looked after goldfish can live up to 40 years? Imagine!

“Exotic” pet owners out there… have any cool facts to add? Please post them in the comments below or social media. And to all animal lovers – please feel free to share this post far and wide.

Disclaimer: Sparkle Ellie supports the ethical and responsible ownership of exotic (as well as other) pets and does not condone capturing wild animals or exploiting them in any way shape or form.