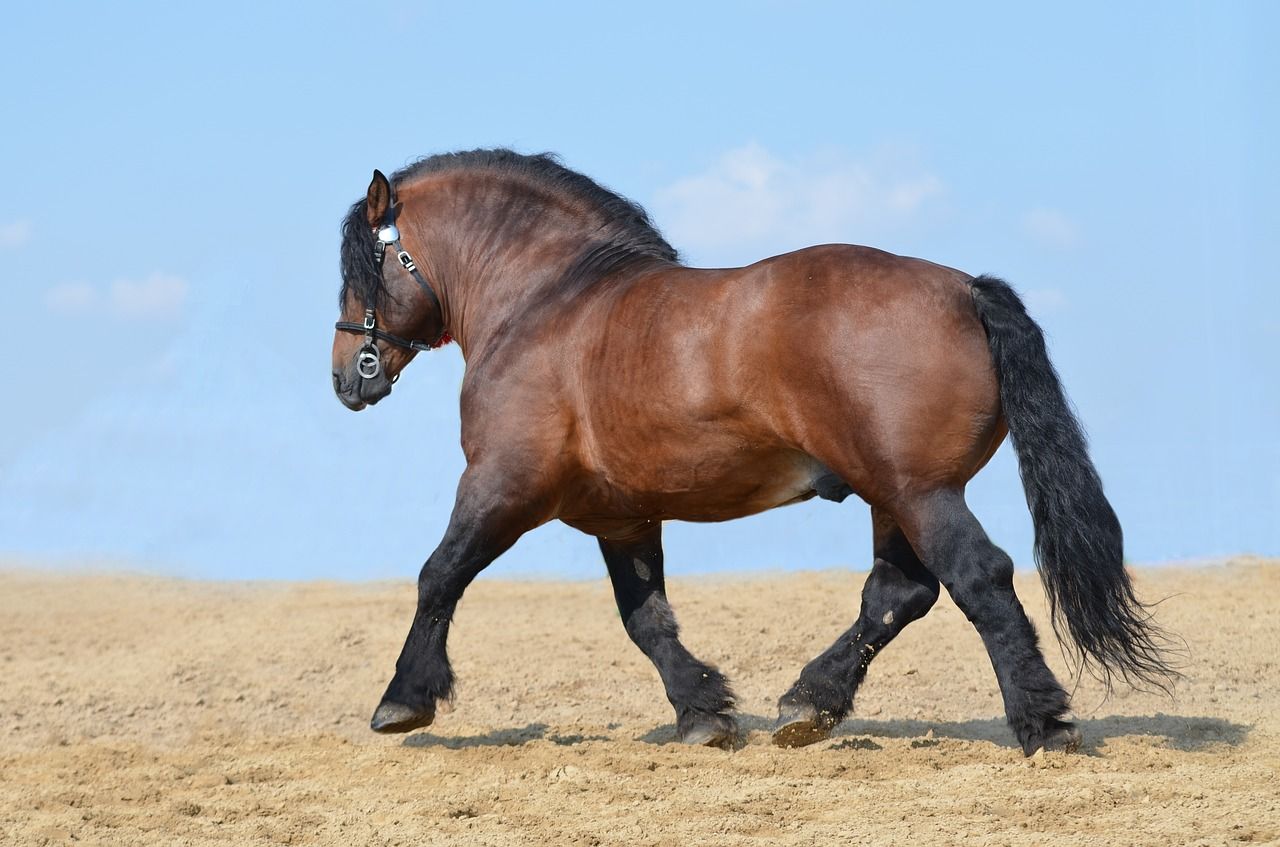 In the midst of COVID-19 lockdown, I started missing my Folly horse. From my sore heart came binging on horse pictures and hee-haw, I suddenly remembered seeing a massive horse breed at Folly’s yard a few years ago. From this photo-binge spiral, this blog was born. Here are some of the biggest horse breeds in the world.

The Dutch draft was derived from the Belgian draft; they were bred after World War One for agricultural work. Dutch drafts originate from the Netherlands (duh) and are generally known for their calm temperaments, intelligence, stocky shoulders, relatively small ears and small eyes compared to their size.

They aren’t a common working breed anymore but still loved for their grand appearance. Dutch drafts mostly have bay, grey or chestnut coats, with feathered legs.

Percherons originate from Huisne, France. This is a stretch of country that runs along a river (western France).

Percherons remain a popular breed across the world, including South Africa. They are used in forestry work and to pull carriages but are occasionally used for show jumping and other competitive riding styles.

Percherons are the most popular of the heavyset breeds and known for their muscular physique, big foreheads and small, upright ears.

Belgian drafts, as the name suggests, originate from Belgium. Belgian drafts were originally used in agriculture and pulling carriages and while these horses are still working horses today, they are used as show horses and for pleasure riding too. These horses are known for their calm nature, intelligence, wide build, muscular neck and feathered legs.

Clydesdales originate from Scotland and named after the River Clyde. The breed is still used to pull farm equipment and wagons since they were developed in the 1800s.

Some interesting uses for the breed — the British Royal Cavalry use Clydesdales to lead parades during national festivals and Budweiser uses Clydesdales as their mascots (see video below).

The Shire horse is a British draft horse and known as the tallest and largest horse breed in the world (according to world records).  The largest Shire – Mammoth, was 2,15 metres tall (21.2 hands) and 1500 kg.

The breed originates from the 1800s and was used for farm work, pulling carts and towing barges. They remain popular for pulling carriages and vehicles to this day.

The Shire horses are known for being calm, gentle and docile and for their very tall, muscular physiques, large hooves and feathered legs. Stallions can range in colour from black, grey, bay or roan.

Watch the first minute or so of the above to see the breed in action.

These horses (like all horses) are so majestic. What breed is your favourite (among the above and beyond)?

PS. Below is Folly horse (she is a thoroughbred but thinks she is the size of a Clydesdale)